Back in the Saddle

Well over a year since I've posted in this blog, and I'm totally alright with that! I'm not even going to summarize all of the things that have happened in that time, except to say that our family has a new member: little R born in the summer of 2014. He's now 9 months old and about as mobile as a baby can get without independently walking. He's crawling, standing, squatting, and cruising using furniture and even moldings on the walls! Today, both hubby and I noticed him standing independently for a few seconds at a time. 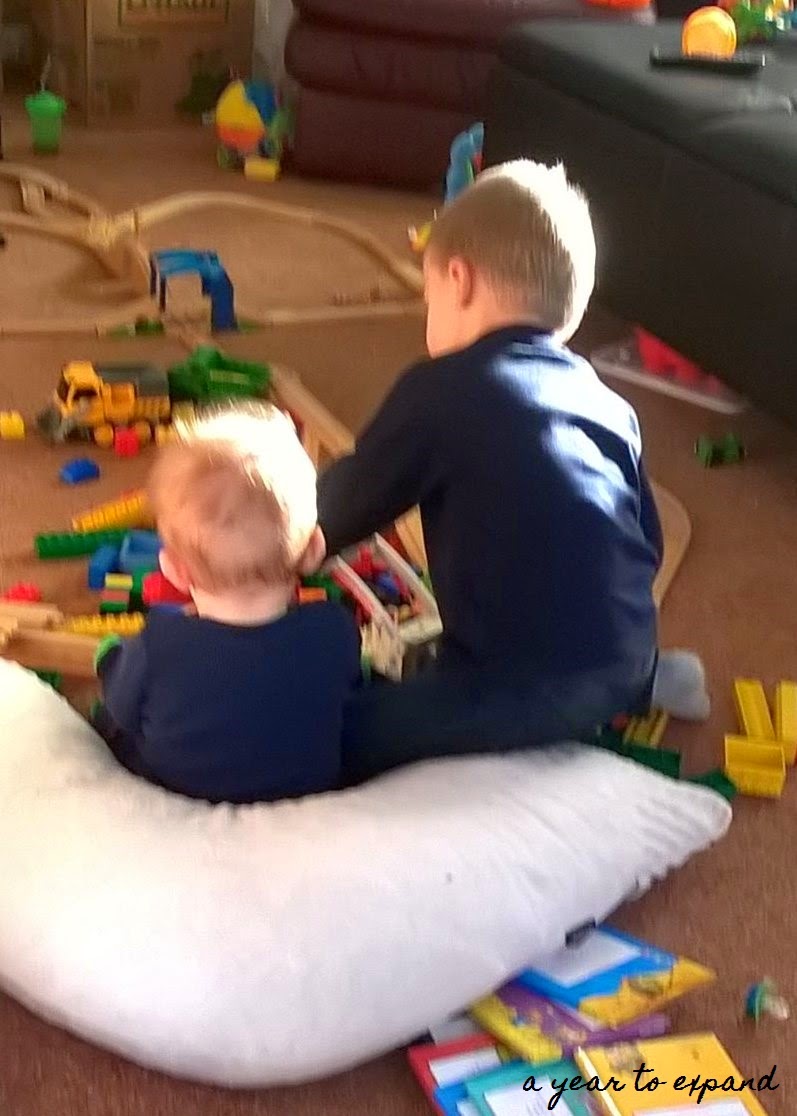 I made the decision, when I started this blog, not to share face pictures of my kids. I feel sometimes that it limits my ability to add visual interest to my posts, especially because they're so darn cute! I like to limit their online profile and let them dictate that for themselves when they're older. 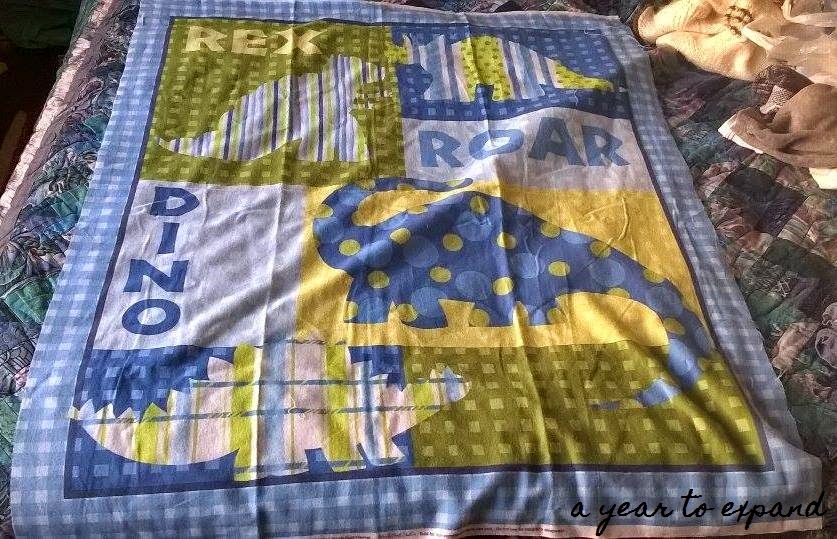 Instead, you'll get cute pictures of them in action from behind, and pictures of my crafting. Speaking of crafting, I recently picked up two panels from the clearance section of Fabricland. They were the last two, and the surprise was I thought there was only one! Such a great surprise at the til, since I've got two boys. I've decided to make them each a lap blanket, for snuggling on the couch when they feel sleepy or sick, or for long car rides. They'll be identical, except for the backing and binding. I bought some bright green and saturated blue flannels (not as good a deal, unfortunately, but what can you do?) and I'm going to alternate them for the backing and the binding for contrast and to distinguish them. I'm even thinking of doing an applique of the first letter of their names on the back of each quilt. Should be fun! (famous last words... I'm sure I'll be swearing during the applique process).


While looking for appropriate fabric in my stash (I didn't find any), I came across a blanket of sorts that I started for Z during that year off. It's made from flannel receiving blankets that I got as a shower gift which were never really a good size to use as receiving blankets. So, I did what anyone would do, I hummed and ha-ed for an eternity and then cut them into strips and turned them into a blanket. Except, I made it a bit interesting (challenging) for myself by placing the strips slightly off kilter. I did this to maximize the size of the blanket (it's still quite small... maybe closest to a crib blanket).


I think I originally thought Z could use it as a daycare blanket, but in true ME style, I got about 85% done and then put it aside because I was tired of it. That is so typical me when it comes to craft projects. I don't know what it is about the finish line, but I seem to like to avoid it, only to rush towards it with renewed vigor when I pick the project up again years later. Regardless, I was pretty happy to come across it and realize that I only had the two shorter sides of binding left to do, one of which was already machine sewn on one side and pinned and ready for hand stitching on the other. Woohoo!


Anyways, I finished the hand stitching on the pinned binding the other night while watching a Miss Marple murder mystery that I had PVRed. I already have the remaining piece of binding (I did each side as a separate piece), so I just need to machine stitch that and then watch another movie and it'll be done and all ready for R to enjoy!! Good thing I found it when I did, otherwise it would have had to be a baby shower gift for someone else (which would have been nice as well).